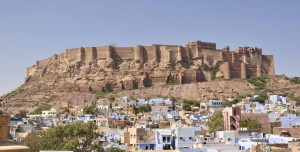 In search of something new, I set out my tour to Rajasthan along with Kristina, my adorable sister. A short weekend break was a great opportunity for me to relax my agitated senses in the wonderful city of Rajasthan. We left from Delhi and soon we landed in the royal state of Rajasthan. We stayed in a three-star hotel in Jodhpur.

After refreshing myself, I was ready to explore Jodhpur, the Sun City. Standing gracefully on the threshold of the Thar Desert, Jodhpur takes pride in being the second biggest city in Rajasthan. The first look of the city takes you back to history. The magnificent forts and ruins insist you to surprise over the expert craftsmanship of the artisans of the olden days.

I started my Jodhpur tour with a visit to the “Mehrangarh Fort”, a formidable structure in Jodhpur. I heard from a common folk that it is one of the largest forts in the country. Lies around 400 feet above the city, the fort is encircled by impressive thick walls. The structure of the fort made me wonder that how skilfully the defensive steps used to be taken.

Left flabbergasted by the architecture of the fort, I left for Jaswant Thada, another popular attraction of Jodhpur. It lies near the Mehrangarh Fort. Other visitors on Jodhpur travel were also trying to figure out how it was built. The royal cenotaph built of white marble was constructed in the memory of Maharaja Jaswant Singh II. 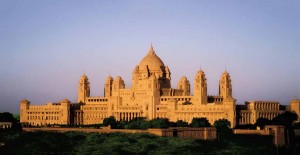 The day ended and we were back to the hotel. I usually avoid oily and spicy food but I had to give my consent to it as Kristina was in a mood to savour the Rajasthani cuisine. We ordered a Rajasthani Thali that includes all the popular delicacies of the state like Gatte ki Sabji, Panchkuta and Pyaaz ki Kachori. Though the food was a bit spicy yet it was able to satiate our hunger.

We started our next day with a visit to Umaid Bhawan Palace. On being reached there, we were stunned with the grandiose structure of the palace. As the common folk told us that the structure took around 15 years to complete. Now it is serving as a heritage hotel and one section of the palace also houses a museum. I, along with Kristina enjoyed a visit to the museum. It was delightful to see the belongings of the royal, giving an insight of the bygone era.

I was contended with the experience of travel to Jodhpur that made me forget everything and enabled me to enjoy my short break up to the hilt. 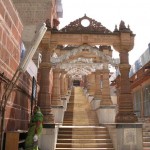 Explore the Real Flavour of Rajasthan with Osian Tour