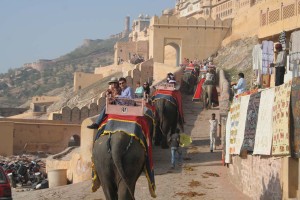 No matter what all you have seen in India, if it does not include a fun filled and adventurous Jaipur sightseeing tour, its not worth it. For many of the tourists, imagining the desert state of India-Rajasthan, along with the very best of intermingling of art, culture, history and architecture is definitely a very difficult task to do. There are so many ‘must sees,’ especially in the pink city that one might not even know how the time flies by and the beautiful memories and longings that further emerge from the interesting stories of Jaipur Tourism.

Rebooting and packing our bags, we started off with experiencing the magical ambience of the Govind Dev Ji temple, that was built by Maharaj Sawai Pratap Singh in 1735. Dedicated to Lord Krishna, this temple is known for having the widest view of the RCC flat roof, which makes it easier for the thousands of devotees to catch a glimpse of the deity. Then we moved on to Jantar Mantar which is even now lauded for being the oldest astronomical observatory in India. It was constructed by King Jai Singh II and is even now used for predicting auspicious timing for weddings and other sacred rituals in the state, making it a very important part of the religion in Rajasthan. What intrigued us even more was the faith and commitment in preserving the beauty of this observatory, which is also modelled after the Jantar Mantar based in New Delhi. 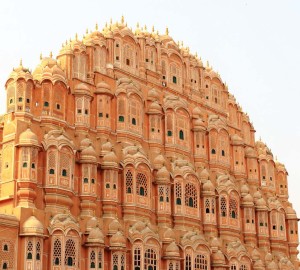 Along with these beautiful and enrapturing locations, the latticed windows and huge structure of the Hawa Mahal was definitely a delight for us, especially because we had never seen anything faintly similar to it. Later we came to know that it was especially built for the royal women so that they could peek out and see the festivities that were going on. Its interesting to know that in the Mughal period, the royal women could not be openly seen by the local people and hence, it was a custom to protect and safeguard them. Definitely sounds royal!

But before packing the bags for Jaipur travel, the tourists must know that the ideal time to visit the ‘Pink City’ is in between October to March. The climate is soothing at that point in time and hence, you can experiment, travel and explore a lot. And everyone should, in fact, must eat Dal-bati-churma, mishri mawa and ghevar when you are in Jaipur. Also, travel light and do not forget to click a lot of pictures while starting your Jaipur Tour. Enjoy 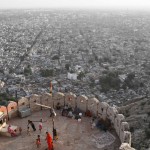